Eagle Class is home to our Year 5 & 6 children. The class is taught by the very experienced Mr Laing. Miss Mitchell is our Higher Level Teaching Assistant who supports us with our learning.

Converting a Text into a Play 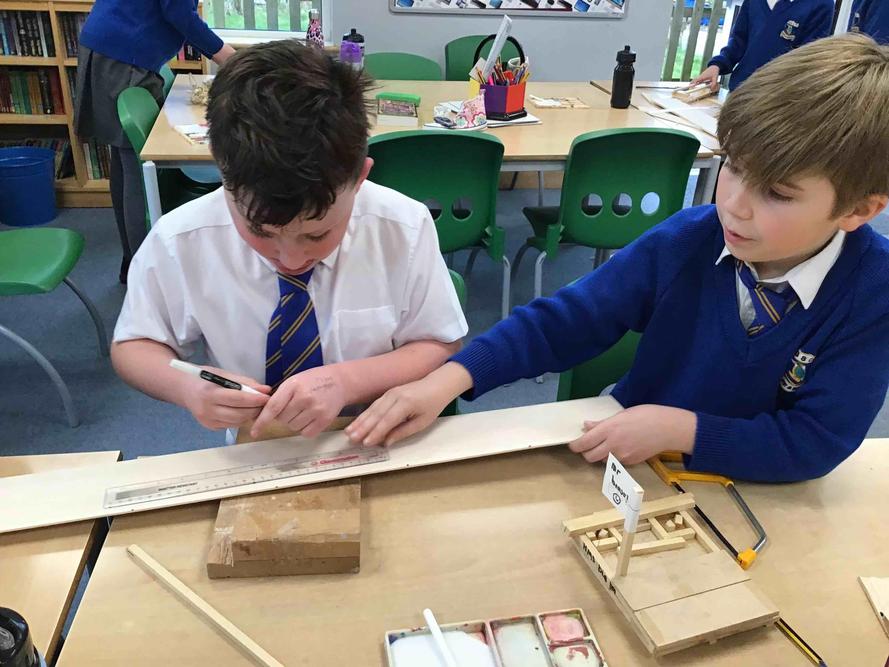 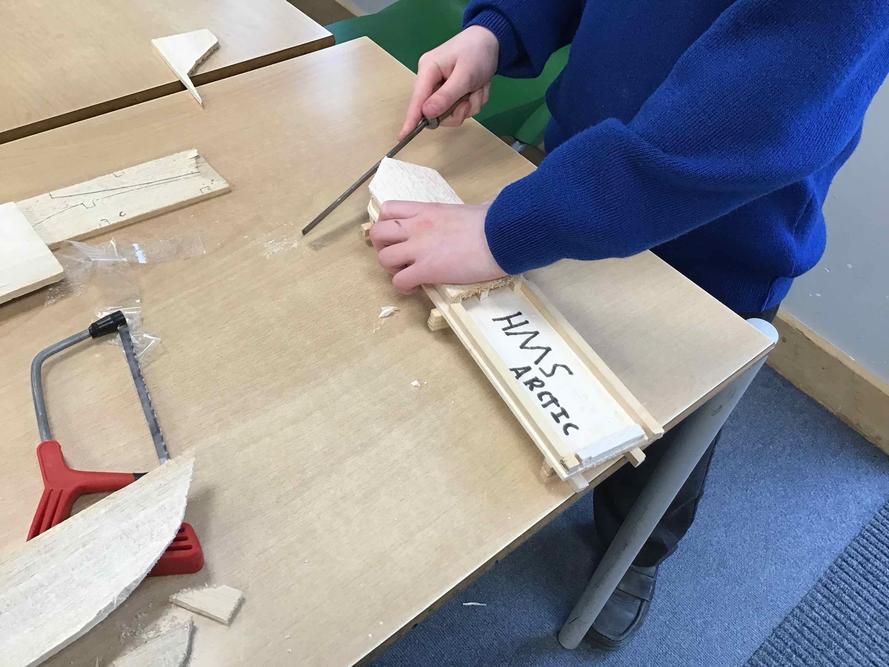 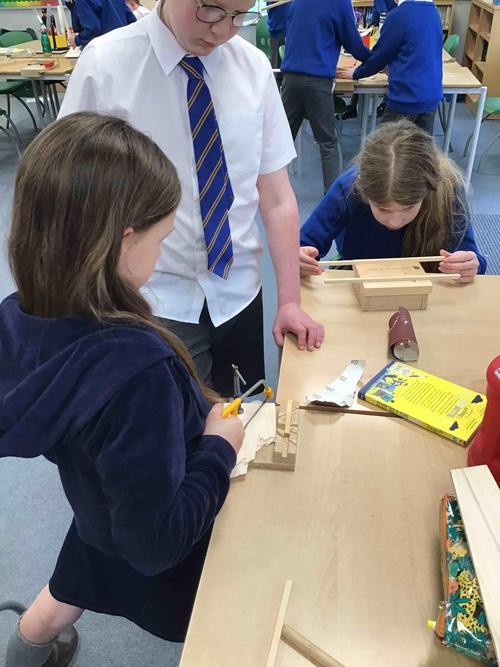 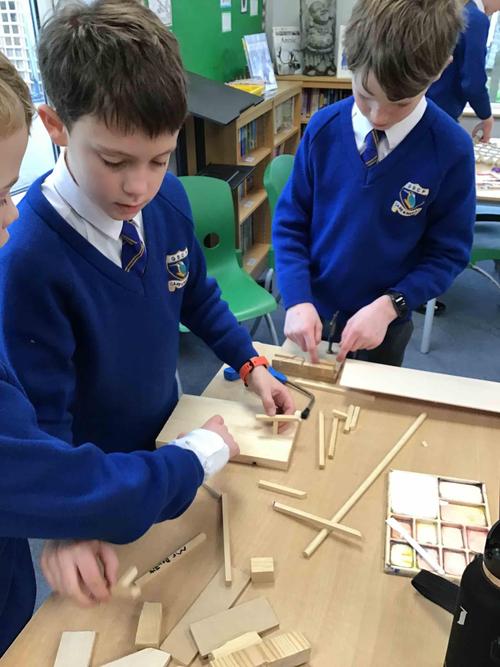 Making a budget for a party, using Numbers

Eagles act out the trial for the missing watch.

RE: learning about Diwali

Performing a conversation, to be written as a dialogue.

After the whole school performance of Alice in Wonderland, Eagle class took part in a workshop led by the actors. We found out how the production was rehearsed and the stages they had to go through. Then the children got to help with the light and sound effects as others acted out a scene from the show.

Linton Zoo came to visit and Dan showed us some of the wonderful animals they have there. We learnt so much about the different animals too.

Dr Laing came to visit us to tell us all about her life as an engineer and how she helps design and test the safety structures on cars. With the criteria of; ingenious, safe and eco, Eagle class created and tested their Lego vehicles in the 'Crash Lab'.

Some of the children took part in the Athletics tournament this week. The team spirit was amazing and I was so proud of each and everyone that took part. They did incredibly well and made Great Sampford proud.
In PE we have been looking at dances from various cultures and countries. Check out the amazing Hakka performed by both the girls and the boys. It was based on the school ethos so that is what you can hear them chanting. 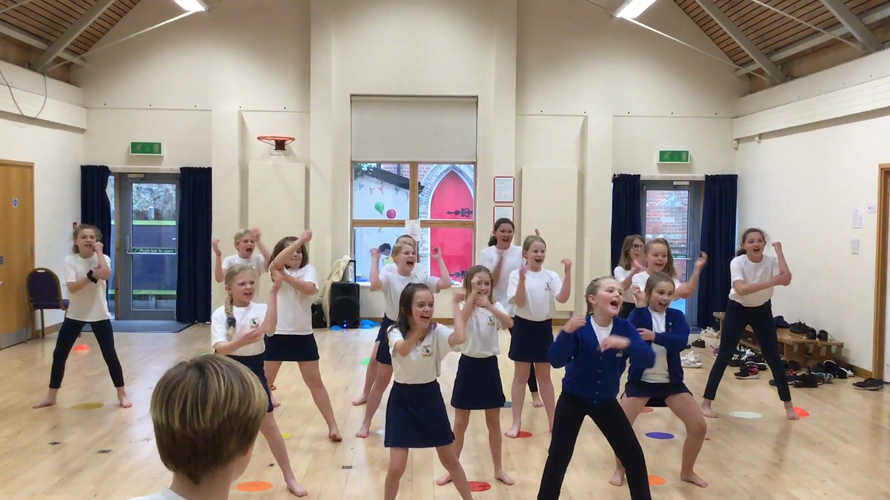 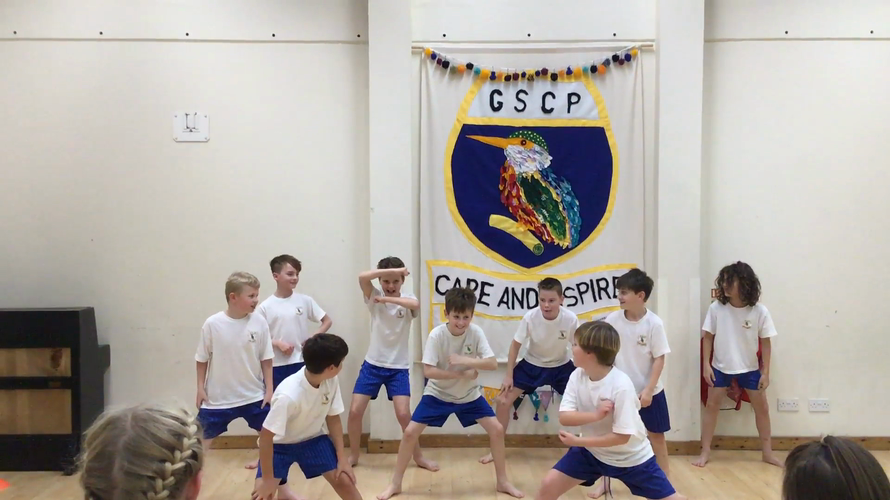 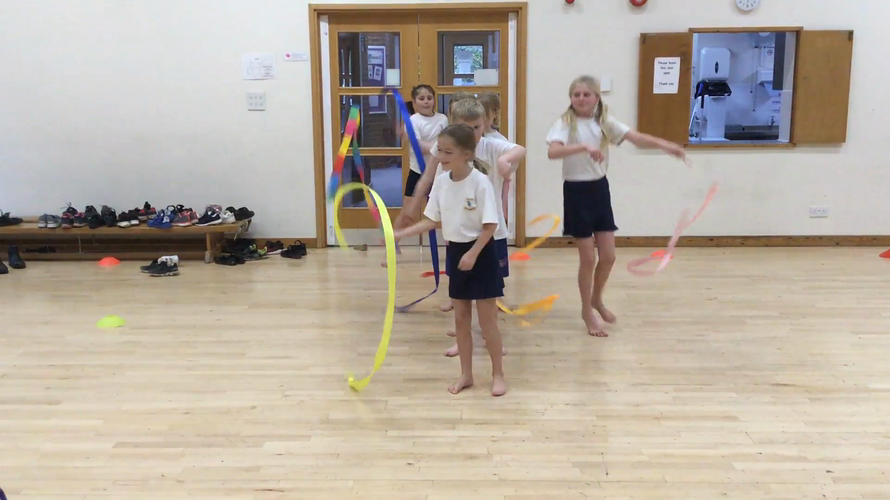 We really enjoyed making the bridges from chocolate by melting and welding pieces together.

What is cooking this week Mrs Culpin?

We had a great time at the Essex Police Museum. We learnt about different (and rather odd) punishments, how they solved a couple of Essex crimes and the most exciting part; dressing up as police officers, arresting people and putting them in the Victorian jail cell.

Affinity Water came into school and set the children a challenge to supply water to the town. They had to use a limited amount of pipes and connectors to ensure each building got an equal amount of water. It’s fair to say the hall floor got a little wet too!

After our work on converting units and looking at metric and imperial measures, Miss Mitchell found a recipe in imperial units and we converted the measurements to metric. They were delicious lemon drizzle cupcakes!

What a fantastic day we had! Greek cooking (stuffed vine leaves), pottery, games, the Greek Alphabet, building temples, laurel wreaths, dancing, weaving and even a visit to the Parthenon (via green screen). Thank you to all the help on the day and for the fabulous costumes, all of the children had a great time.

In art lessons we have been looking at Greek pottery and we were lucky enough to arrange a visit from the Thaxted potters. A big thank you to Dick, Faye and Mrs Hale who came in to show us how a flower pot, plate, jug and various other things can be made on a potter's wheel. We were introduced to the whole process of pottery and some of the equipment that is used too. We are hoping there are no cracks and they can be successfully fired in the kiln too.

As part of our Ancient Greek topic we re-enacted some famous Greek battles: The Battle of Marathon, The Battle of Thermopylae and The Battle of Salamis. We first found out about hoplites including how they held their spear in their right hand and some of their battle formations too. The children also researched each battle in their group to ensure they got some extra facts in when performing to the audience.

In Music with Mrs Clark we have been looking at Olympic themed music and then composing our own on Garage Band.

Making Hummus to try as a class

Acting out the story of the Trojan Horse

After learning the story of the Trojan War, Eagle Class then split into groups and prepared their own versions of the Trojan Horse story. A lot of rulers were used in the place of swords, but in the end Helen was saved!

Miss Mitchell was amazing in the kitchen with Eagle Class. They were able to make; Trench Stew, potato and cheese dumplings and an eggless fruit sponge. They all went down rather well, one child even had 6 helpings! The children demonstrated their peeling, chopping and weighing skills to name a few. Thank you again Miss Mitchell.

The Year 5 children were investigating volume, they built this 1m cube and then discussed what it was really like. Lots of teamwork involved!

We were lucky enough to show off all our wonderful work about WW1 and WW2 to our parents. It was in the style of the TV show 'GoggleBox' and involved; Art Attack, Match of the Day, Britain's Got Talent, Jackanory, Antiques Roadshow, Meet the Churchills and of course Horrible Histories. The children wrote their sections themselves and showed off the full range of work we have managed to do in such a short time. Well done Eagle Class.

We made our own wreath to lay at the church service for Armistice Day.